Running in your NKD

The steps for running in your new NKD electric moto

Below is the Running In Procedure.

IMPORTANT: it is important to get to know your NKD before riding. Read the NKD Owner's Manual and pay particular attention to powerpack care.

Ride slowly and apply brakes gently to run in tyres and brake pads during the first 100km. We recommend keeping speed below 45km/h during the running in period. 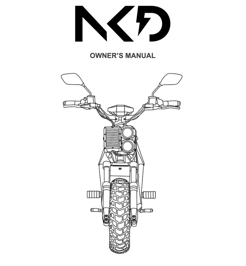